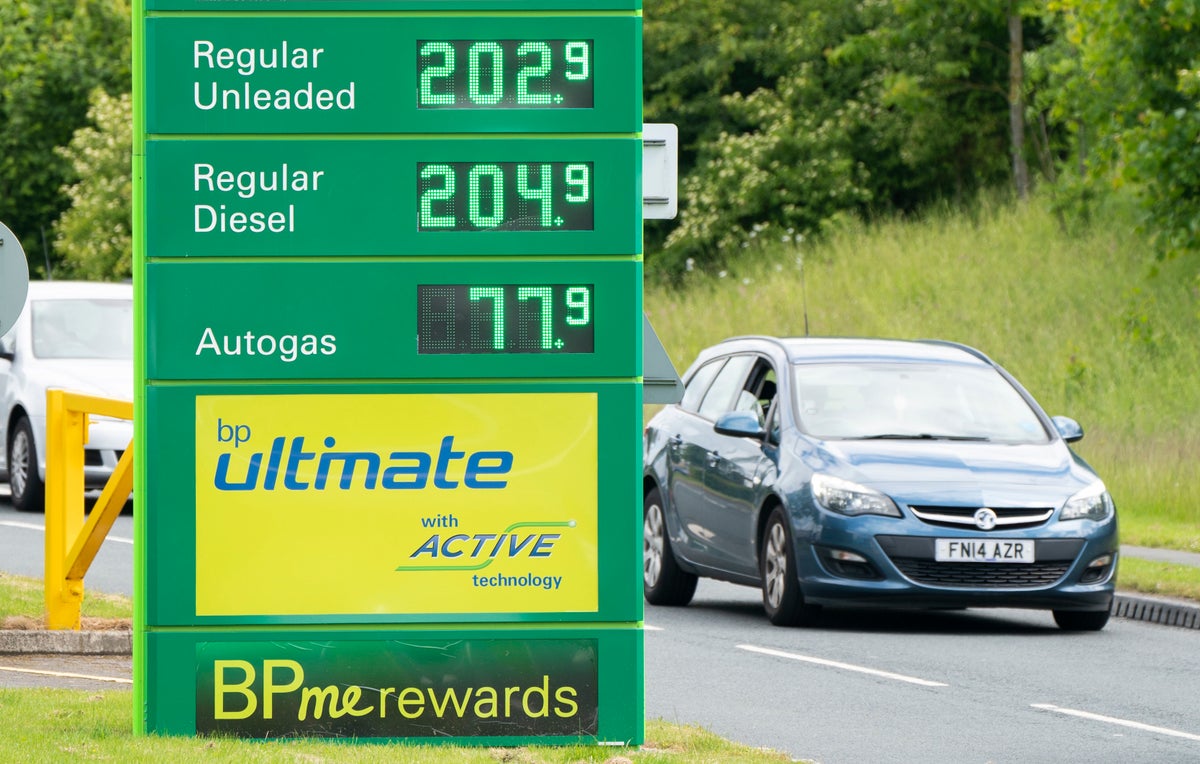 Campaigners have called for a 25p cut in fuel duty to help people with the rising cost of living.

FairFuelUK said the UK should follow Europe and cut fuel duty by 20p to allow drivers to keep more of their money.

The call came as Tory MPs accused petrol firms of “profiteering” by failing to pass on the falling price of oil to consumers at the pumps.

The price of a barrel of Brent oil has now dropped to below £80 a barrel, which FairFuelUK said should lead to a “considerable” reduction in the price of fuel at the pumps.

But the group added: “Don’t hold your breath. When the oil price was at £80 a barrel back in February, pump prices were for petrol 31.4p lower and diesel 38.1p less than they are now.”

The average famliy is now paying £15 to £20 more than they did in February to fill up their car.

As a result, according to FairFuel’s analysis, the government is raking in an extra £30million of VAT per day.

FairFuelUK founder Howard Cox hit out at “profiteering” at the pumps, saying: “Despite the cost of oil falling 14 percent since June 1st, pump prices remain stubbornly 6 to 7p higher.

Penny Mordaunt, the former Tory leadership contender, said: “Families rely on their car and business, especially micro businesses, need fiscal support to keep its overheads manageable. All of us need to play our part to keep things moving including a focus on the cost of fuel.”

Craig Mackinlay, MP for South Thanet, said that the Competition and Markets Authority should step in to find out why pump prices remain at “record highs despite wholesale oil prices returning to previous levels seen earlier in the year.”

What to watch on Thursday: ‘Pinocchio’…

Campaigners call for 25p cut in…

Warning energy prices to hit over…

Paytm slips 6% on questions over…

AMC’s comeback during the pandemic and…

At 82,000, US issues highest student visas globally to…

[ad_1] LOS ANGELES: Students from India have got the highest number of visas issued by the United States this fall globally.…

[ad_1] Mumbai: The rupee appreciated 27 paise to 79.68 against the US dollar in opening trade on Thursday, tracking its Asian…