Mending what’s not broken is often considered unsafe. Maruti Suzuki, however, is seen exercising not-so-safe assignments at times. Now coming to the subject of the matter – Maruti Suzuki Vitara Brezza, which was launched in 2016, the compact SUV was one of the highest sellers in its segment. Being a common sight on the Indian roads, it was due for a thorough update, but tweaking a product that is not showing any signs of dull performance is challenging. Nevertheless, Maruti Suzuki has launched the new Brezza in the Indian market, and it now dons a host of updates. But is the 2022 Maruti Suzuki Brezza capable of showing dirt to its rivals? Well, read this review to find out.

To do the unsafe, Maruti Suzuki has taken a smart and safe approach. The company has retained the existing platform and bodyshell of the Brezza, whereas all the body panels are new. Hence, the 2022 Maruti Suzuki Brezza looks fresh without missing out on a true-blue SUV stance. Yes! It continues to remain boxy, and we are sure that it will appeal to a larger group of audience. 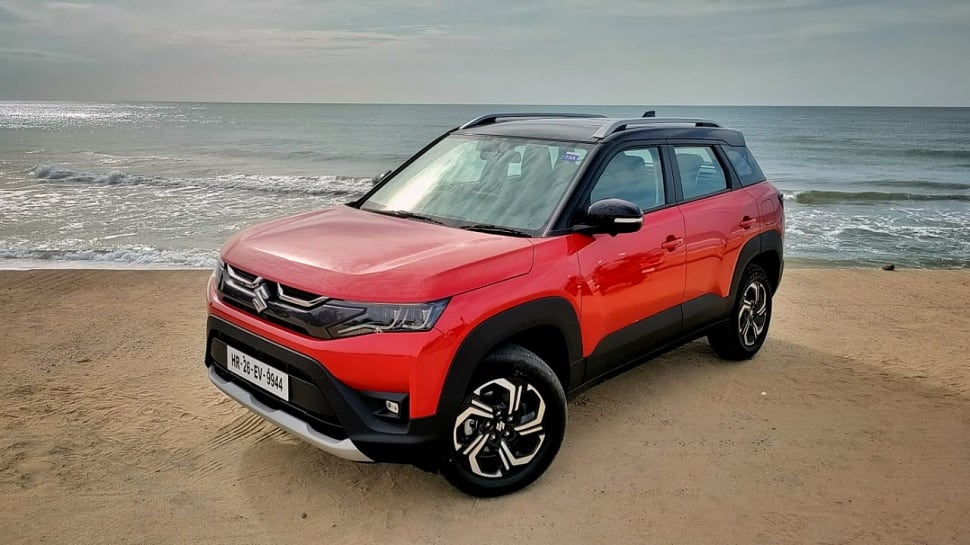 The nose is thoroughly revised with the use of a new grille and LED headlamps. The latter comes with a dual-barrel projector setup and a rather polarizing design for LED DRLs. The bonnet takes a clam-shell approach, while the bumper gets a bull-bar-like effect. Together, these elements make the Brezza look bold. 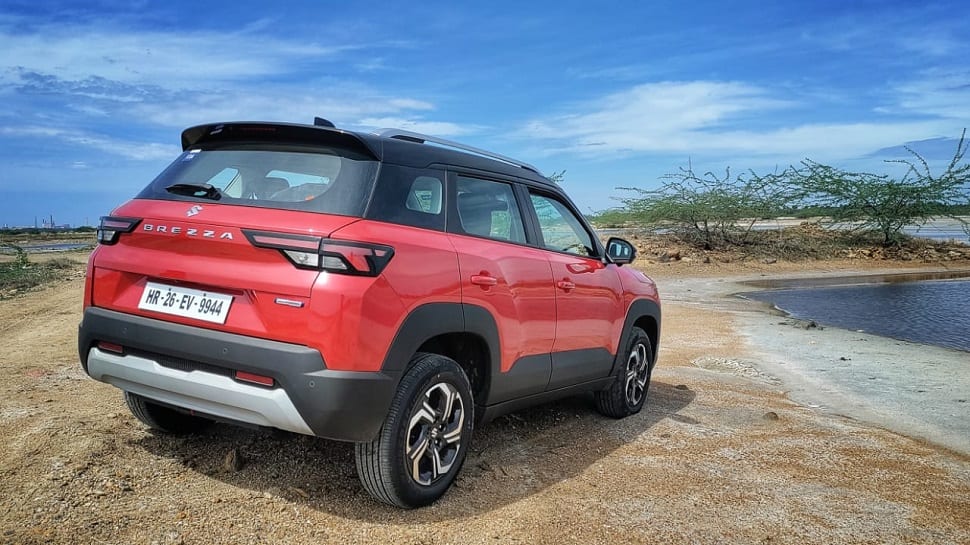 A set of new 16-inch diamond-cut alloy wheels amplify the styling quotient on the side profile, along with new flared wheel arches. Furthermore, Maruti Suzuki has intelligently designed the rear quarter glass to make the new Brezza look longer, although the dimensions remain unchanged with just a 45 mm increment in its overall height. The rear fascia now sports a new boot lid, which features more creases and cuts. Also, a pair of slim LED tail lamps add a little Britishness to the design.

The doors on the new Brezza close with a solid thud, therefore signifying great fit-finish levels. The updated multi-layer dashboard is appealing as well, much like the new steering wheel. Continuing with the same sense of spaciousness, the Brezza felt comfortable in its new avatar. 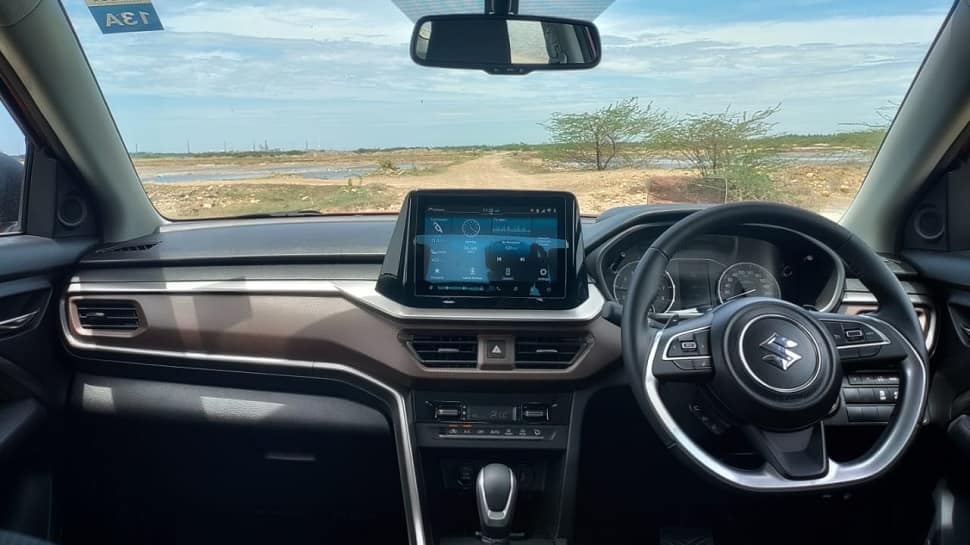 To ensure that it has enough to woo the new-age buyers, who are keen on having a lot of tech onboard, Maruti Suzuki has loaded the Brezza with enough features this time. The list includes a 360-degree parking camera, Suzuki Connect, head-up display, 6 airbags, wireless phone charger and more. Importantly, all of it works flawlessly. 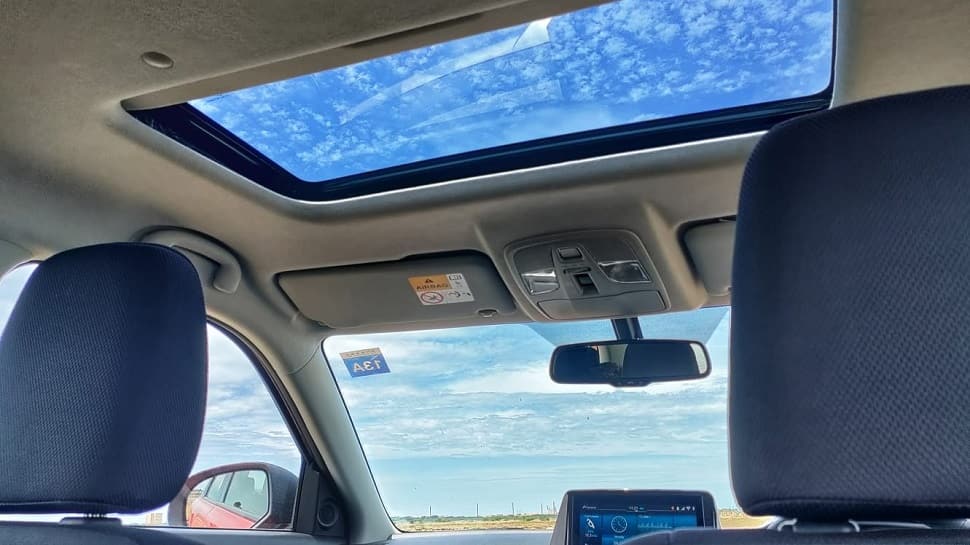 First, for a Maruti Suzuki, an electronic sunroof is a welcome addition on the updated Brezza. The 9-inch Smartplay Pro+ touchscreen infotainment unit is new too. It offers enough accessibility, and the overall user experience remains crisp. It comes with a 6-speaker Arkamys sound system, offering a complaint-free sound output. Addition of rear AC vents and charging ports keep the second-row occupants and their devices charged up. In fact, it gets Type-A and Type-C ports, which is an intelligent touch in our eyes.

Mechanical specifications for the new Maruti Suzuki Brezza comprise of 1.5L 4-cylinder NA petrol motor. Capable of belting out 103 bhp of peak power and 137 Nm of max torque, the engine remains refined throughout the rev range. This time around, it gets dual injectors on every cylinder and a dual VVT setup, along with a 48V mild-hybrid tech as standard.

Resultantly, the 2022 Brezza continues to offer a balance of frugality and performance. Sadly, the motor doesn’t feel as peppy as the new-age turbo-petrol power plants. The top-end-happy trait of the 4-cylinder motor is persistent but isn’t annoying. 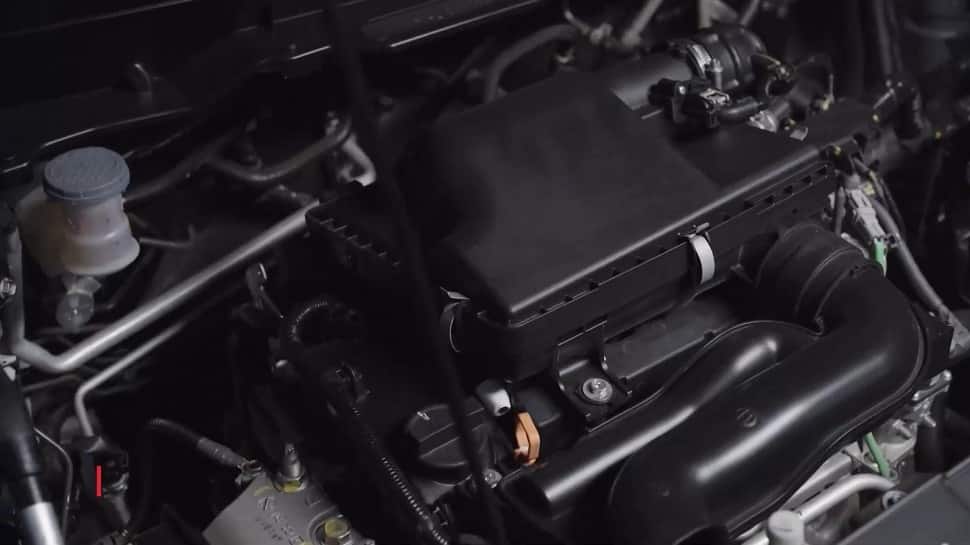 Bidding a goodbye this time is the archaic 4-speed torque converter automatic gearbox. It is replaced by a new 6-speed automatic transmission with better gear ratios. The overall drivability has improved, and the new unit reinforces the SUV’s cruising abilities. Hovering at 100 kmph and 120 kmph is easy, with the engine rolling at only 2,000 and 3,000 clicks, respectively.

Sadly, due to the straight-line fashion of using the gear lever, it goes into the manual mode every time the driver intends to slot it into the ‘D’ mode. The steering-mounted paddle shifters increase the convenience when you want to take the change in your hands.

Being a softly-sprung SUV, the 2022 Maruti Suzuki Brezza pampers with a comfortable ride. Without a sign of a hiccup, it can take on speed bumps, bad patches of roads, expansion joints and whatever else is thrown at it, except tight corners. 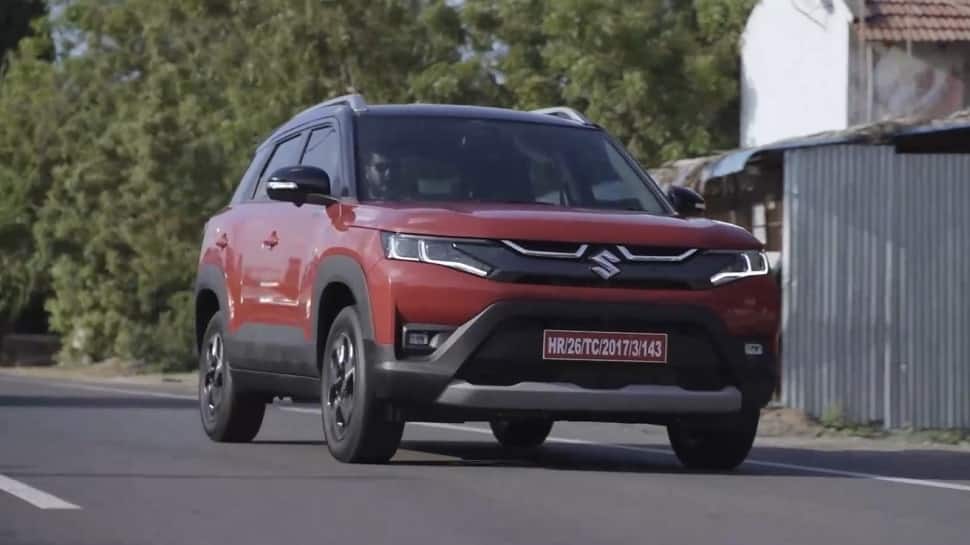 The steering wheel is a light unit as well. It is a delight to use it in the city, although it doesn’t inspire a lot of confidence to hit the corners hard. Dropping anchors is not a task either. The initial bite doesn’t feel very assuring, but the progression gets the job done in time and distance without any heart in the mouth moment.

The overall ride feels composed, and the straight-line stability is a strong aspect of the Maruti Suzuki Brezza. Thus, it turns out to be a hauler in urban environments, rural landscapes, and long stretches of highways. The option of an oil burner could’ve sweetened the deal for a few more.

With a starting price of Rs 7.99 lakh (ex-showroom), the new Maruti Suzuki Brezza fails to undercut the current segment king – Tata Nexon. It has a higher starting price than the new Hyundai Venue facelift, but the bigger, refined, and frugal 1.5L engine and longer feature list justify the price tag. Also, the changes to the styling, cabin, powertrain, and drivetrain make it an apt offering. In fact, Maruti Suzuki has very intelligently carried forward the attitude of the Vitara Brezza without the Vitara prefix. In simple words, the 2022 Maruti Suzuki Brezza is a no-nonsense offering that can fulfil the demands of an average Indian compact SUV buyer.

Run for The Money: Why Is Rupee Falling…

Pro-Lifers Should Hold Off on Seeking…

Pensions scandal: Even more women were…

DJ Clarisa Kimskii is playing the…

Spirit Airlines again puts off a…

Raymond Briggs, author and illustrator of…

CoinSwitch names Sudheer Tumuluru as its…

Treat private sector as a partner…

Maharashtra to have clean fuel public…